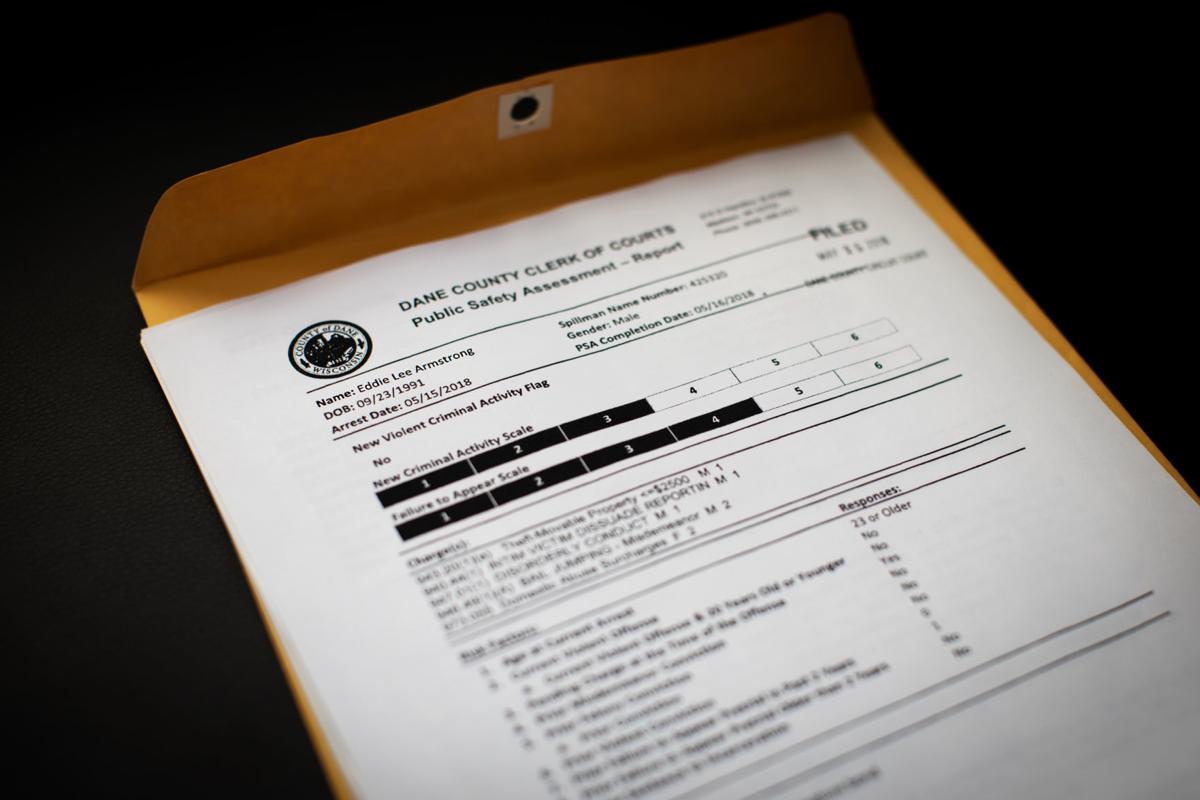 (Chuck Muth) – At a Nevada legislative hearing on criminal justice reform last week, one of the witnesses, James Austin of the JFA Institute, defended Nevada’s use of a new pre-trial release checklist, often referred to nationally as a Public Safety Assessment (PSA).

PSAs are a series of questions that are supposed to guide the decision-making on whether or not release an arrested person back into the community while they await trial – including asking him or her questions about their residence and employment.

Which is kinda like asking a terrorist at the airport if they packed their own bag.  Duh.

Under questioning by State Sen. Melanie Scheible, Mr. Austin compared PSAs to filling out a questionnaire at the doctor’s office.  Talk about apples and oranges.

Not so for people caught-and-released who lie on their PSA questionnaire, refuse to adhere to the judge’s orders after release, or fail to show up on their court date.

Writing in The Hill last week, Kerri Toloczko of the Institute for Liberty noted the biggest flaw in using a PSA checklist…

“It uses an algorithm combining nine factors supposed to help judges decide whether bail is necessary, and how much. … Instead of ‘assisting’ with bail decisions, the PSA is like a self-serve kiosk for a no-bail sandwich order. In practice, it has become a replacement for judges who have the experience and discernment necessary to evaluate the flight risk of an accused.”

Eliminating bail completely – like they did at the start of the year in New York – is the end game for social justice warriors all across the country.

But as Toloczko explained, “the primary reason for bail is to ensure defendants return to court for trial.”  She also explained why bail is more reliable than cutting accused criminals loose on their own recognizance (OR)…

“Common sense dictates that defendants with the least to lose will be the first to flee. If offenders post their bail or use the property as a security against a bail bond, they have a financial self-interest or family pressure to appear. Absent that, why bother?”

However, Toloczko added, “there are secondary considerations as well, such as protecting the public and limiting law enforcement time and taxpayer dollars spent chasing defendants who have failed appear for their warrants.”

And that cost ain’t cheap…

“It is impossible to calculate the total financial and administrative burden to the taxpayer for apprehending bail jumpers across all jurisdictions, but the U.S. Marshals Service budget is a start. Its total funding for 2020 is $1.43 billion and the majority of its activity is in the area of fugitive apprehension and custody.”

It can also be extremely dangerous and potentially deadly…

“Last July, San Francisco Judge Sharon Reardon released a man with a history of felony theft, gun and parole violations based on the PSA.  Five days later he took part in robbing, shooting and killing an innocent elderly man.”

In Nevada, we elect judges to determine whether an accused person should be released on bail or on their own recognizance…or not released at all.  Putting the public’s safety in the hands of a “questionnaire” is dangerous.  Legislators should resist the temptation.

“New York implemented a new law eliminating bail for most misdemeanors and nonviolent felons at the start of this year. That has led to rampant abuse. Reports reveal that one subway thief has already been arrested — and freed — six times. Another man was arrested and freed three times in one day. Another man was arrested for robbing a bank, freed and robbed another bank hours after his release.” – Las Vegas Review-Journal editorial,3/2/20

“New York City Democrats have prioritized protecting violent felons and criminals instead of supporting our law enforcement officers, law-abiding citizens and crime victims – this is just wrong.  It is time to put the brakes on the bail reform and the green light policies. Now is the time for New Yorkers to speak up and demand that our state sticks up from crime victims, not criminals.” – New York State Sen. Joseph Robach

“The idea that people who have committed crimes, including minor offenses and non-violent felonies, are being released after their arrest and then promptly commit more crimes should give pause to even the most ardent supporters of bail reform.” – Niagra Gazette