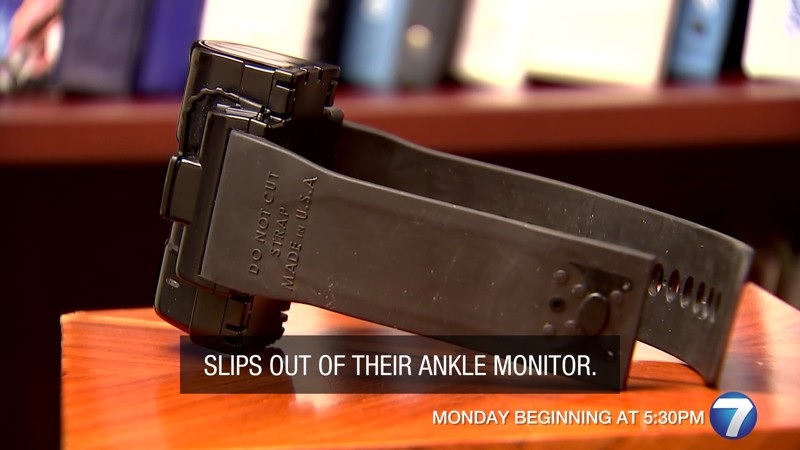 (Chuck Muth) – The Nevada Supreme Court recently issued a ruling championed by the left as a “sea change” in how bail is handled for people arrested for suspicion of committing a crime.

They want, like in New York, no bail.  Let people out on their own recognizance, with some placed on “house arrest” and fitted with an ankle monitor.

Here’s where this will inevitably lead…

Demetria L. Martin was on house arrest in Las Vegas “for a prior criminal case.”  She was arrested again for stealing a car from an elderly man in a “diminished physical state,” then proceeded to steal liquor from a pair of Albertsons grocery stores.

While wearing her ankle bracelet!

Had the woman been forced to post bail, she would have lost her money – certainly a lot more than the value of the car and liquor she stole.

The “no bail” activists are putting lives and property at risk.  They need to be stopped.

“Even before New York’s bail reform officially took effect on January 1, news outlets noted instances of repeat offenders being released without bail—and, in many cases, without nonmonetary conditions—pursuant to, or in anticipation of, the new policy, setting the public on edge.

“Three of the most prominent such cases involved a woman accused of multiple anti-Semitic assaults in Brooklyn, a serial bank robber, and a man with 24 prior arrests who punched a cop. In the first two of those cases, the defendants were rearrested for similar offenses just days or hours after their releases.

“Those cases, it turned out, were far from anomalous. Within a month of taking effect, New York’s bail reform led to the release of a number of dangerous defendants, many of whom were later rearrested for offenses committed while awaiting the disposition of their cases.

“Among those defendants was Arjun Tyler, who allegedly tried to rape a woman in Brooklyn after being released from pretrial detention pursuant to New York’s bail reform.  Then there was Jordan Randolph, who was released after a January 1 arrest on charges relating to drunk driving.

“Apparently while awaiting the disposition of that open case, he is alleged to have rear-ended the vehicle of a recent college graduate, Jonathan Maldonado, while intoxicated. Maldonado was killed. Randolph allegedly taunted officers on the scene of the fatal crash, per news reports, telling them, ‘I’ll be out tomorrow.’ He was released the next day.

“Another case: in defiance of the state’s bail reform, one Long Island judge refused to release an alleged bank robber, Romell Nellis, without bail. His decision was promptly overturned by another judge who released Nellis on an electronic monitor – only to have Nellis cut off the monitor and abscond shortly thereafter.”

Again, ankle bracelets are no deterrent.  Nevada ought not follow New York’s example.

* An inmate who was released from the Hillsborough County Jail (FL) in an effort to slow the spread of coronavirus is back behind bars and accused of committing second-degree murder the day after he got out of jail, deputies say.  Click here

* California’s statewide emergency order setting bail at zero for lower-level offenses was intended to reduce the jail population and limit the spread of the coronavirus. While it may have slowed the virus’ spread, it’s allowed suspects who may otherwise not have been able to post bail, to get out and offend again.  Over the course of the last week, at least three suspects who’ve been released as a result of the emergency zero bail order, have been re-arrested, authorities say.  Click here

* The San Bernardino County sheriff and district attorney are criticizing a recent California Judicial Council decision to lower the cost of bail for some offenses to $0, saying it could cause a “devastating” impact to the county.  On Thursday, (Sheriff John) McMahon referenced the case of an inmate with a prior conviction for child abuse and domestic violence who had been arrested on suspicion of felony child abuse.  “Due to the zero bail criteria, this inmate was released from custody and given a new court date in July,” he said.  Click here

* Wednesday, Owen Aguilar, 27, of Selma in central California, was charged with setting nine fires less than a week after his release from the Fresno County Jail.  Aguilar had been facing a charge of felony animal cruelty when he was released from jail on April 10, the Fresno County district attorney’s office said.  Click here

* A man who had been arrested for car theft in Oakland – and then released on court-ordered zero bail because of the coronavirus pandemic – was arrested just 37 minutes later in Dublin for carjacking and a second attempted carjacking, according to the sheriff’s office.  Click here

* An alleged meth dealer who was spared from jail in March because of coronavirus concerns – but blew the opportunity by cutting off his ankle monitor – is getting another shot at freedom.  Magistrate Judge James Orenstein said during a teleconference hearing that he’s giving accused drug smuggler another chance because the threat of his becoming infected and dying from COVID-19 is greater than whether he shows up to court for a drug charge.  Click here

* Thousands of inmates from Rikers Island have been released since the beginning of the COVID-19 pandemic hit the city. … However, Police Commissioner Dermot Shea, in an interview with WNYW-TV’s Rosanna Scotto last week, said that some of those being released under what he said were “compassionate release” were committing crimes such as bank robbery or witness intimidation. In one case, Shea said one person released from Rikers set fire to the door of a victim.  Click here

* On April 19th just after 2 p.m., Saugerties Police say they arrested 29-year-old David R. Mencke for the second time in three days, again for the possession of Heroin. … Mencke was charged with misdemeanor driving while ability impaired by drugs, 7th degree criminal possession of a controlled substance, and 2nd degree unlawful possession of marijuana.  Per bail reform, Mencke was released on an appearance ticket.  Click here

* Joshua Gamos, “an alleged rapist and human trafficker,” is currently locked up at the Maple Street county jail in Redwood City (CA) while he awaits trial. On Monday morning, he will ask a judge either to release him or lower his bail from $3 million to $300,000. Some elected leaders and community activists in the county are protesting.  Click here

“A Vegas property owner I know has a tenant who has beat up his ex-wife, killed & mutilated cats and caused $9k in property damage.  He was arrested TWICE yesterday & let go both times because he apparently has AIDS and diabetes and is at risk of catching coronavirus.  (The landlord’s) been trying to evict the guy for months & was able to at least trespass him yesterday.  Last night, the guy tried breaking into the property again and that is finally when the police took him to jail.  It’s ridiculous that criminals like this are being let go right now.” – Courtney Holland, 4/21/20