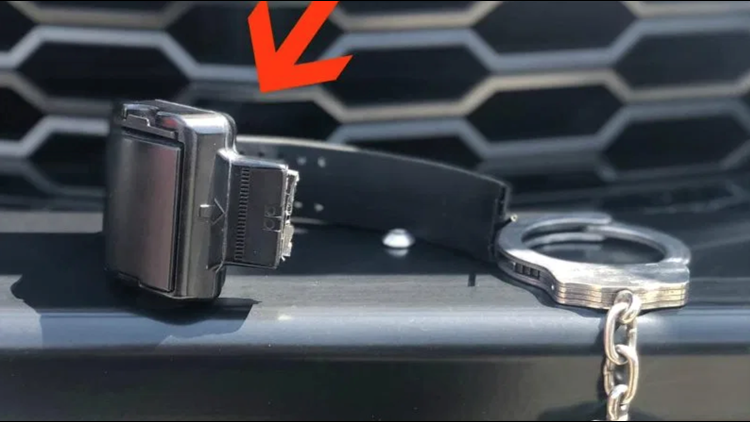 (Chuck Muth) – As noted in a recent Las Vegas Review-Journal article by Katelyn Newberg, Nye County has approved a new ankle monitoring program for certain individuals arrested for various crimes and then released while awaiting trial.

To social justice warriors clamoring to end bail this sounds like a great idea.  But in reality, as is often the case when self-righteous liberal do-gooders mount their high horse, the “solution” is worse than the problem.

As detailed in the article, inmates at the Nye County Detention Center will now be eligible “for house arrest with electronic monitoring, meaning they will be outfitted with a GPS device around the ankle.”

However, the inmates will have to pay about $450 upfront to obtain and activate the device and another $300 per month for every subsequent month until their trial date.  And since the wheels of justice often grind slowly, that could add up to a pretty substantial amount very quickly.

For low-income inmates, who often already can barely scratch out the rent or car payment every month, that cost is prohibitive.  And you know what that means?

When Commissioner Leo Blundo asked if the program was affordable for the average family, Nye County Sheriff’s Office Captain David Boruchowitz noted that if the Commission wanted, it could “subsidize this program to help people afford it.”

Why should law-abiding taxpayers pay for an inmate’s ankle monitor, especially since some inmates just cut ‘em off and flee anyway?

Eliminating bail is all the rage these days.  In fact, on January 1st a new catch-and-release law in New York eliminated bail for all non-violent crimes – though some of the crimes you and I would consider violent, including aggravated assault, are categorized as “non-violent.”

The result should have been seen coming a mile away.

Major crimes skyrocketed in New York City during January, with multiple stories of inmates being released and committing new or additional crimes as soon as that same day. Indeed, consider this recent report from Breitbart News…

“Scott Nolan, who has a 50-page long criminal record, was arrested three times over the span of just seven hours as police officers in Troy, New York, had to continuously free him from their custody due to a bail reform law passed by statewide Democrats and Gov. Andrew Cuomo.”

Bail is a tried-and-true superior alternative to New York’s get-out-of-jail-free cards or house release with an ankle monitor.  And for those who may not be familiar with how it works, here’s the process in a nutshell…

The judge decides whether or not the inmate is a flight risk or risk to the community.  Weighing the severity of the charges and the risk, the judge then sets a bail amount that must be paid by the inmate to get out.

It’s like collateral for a loan.  If the inmate commits an additional crime or skips out, he forfeits the bail money and then the cops have to hunt him down again.

But here’s the kicker…

Before being bailed out the inmate must be evaluated by the bail agent and have a “co-signer” who guarantees the loan – usually a family member or close friend.  If the inmate violates the release requirements, the co-signer is on the financial hook as well as the inmate.

This is a huge benefit of the bail system, because if the people who know the inmate best won’t vouch for him, odds are good he’s a flight risk or a further risk to the community and probably should stay behind bars.

And here’s another benefit:  If the inmate skips town and fails to appear at his trial, it’s the bail agent who has to track him down.  Because it’s the bail agent, and ultimately the co-signer, who will lose the full bail amount.

At which point Dog the Bounty Hunter or some other service, not the cops, is called in to track down the fugitive.  Which saves taxpayers money, as well.

Sure, there are some reforms that could be made with the bail system.  But catch-and-release certainly isn’t the solution, and house arrest with ankle bracelets really isn’t much better.  Elected officials should resist the temptation to surrender to the social justice warriors.

Mr. Muth is president Citizen Outreach, a non-profit grassroots advocacy organization.  You can get updates and breaking news on this issue by going to: stopcatchandrelease.com