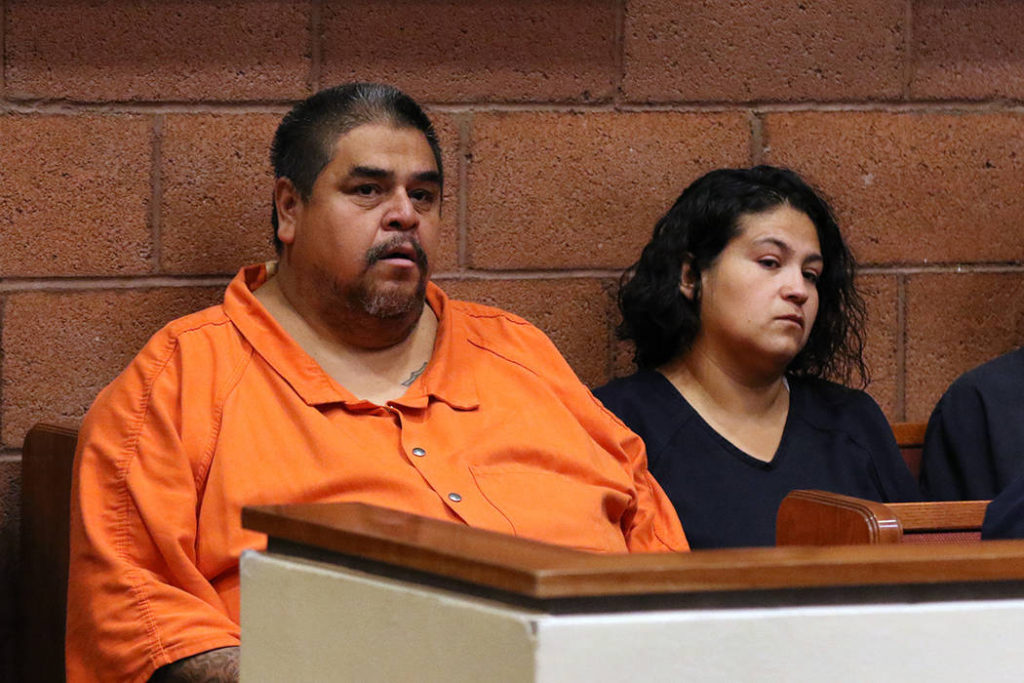 According to the Las Vegas Review-Journal, Raul Ramos and Adriana Hernandez – accused of dumping their dead 3-month-old son in a trash dumpster last Friday – were released from jail today.

“In court Wednesday, prosecutors asked for more time to prepare charges against the pair. With no criminal charges filed at their arraignment, North Las Vegas judge Craig Newman said he had ‘no choice’ but to release the pair from jail.

“The child, whose name has not yet been released, was found inside a red duffel bag in a dumpster at the apartment complex from which the couple had recently been evicted. …

“After their arrest, the couple told police they’d been selling their food stamps for drug money instead of buying food and clothes for the baby boy and their other sons, aged 2 and 3.”

The couple told police “they were high on methamphetamine” at the time of the infant’s death.

How in the hell does the Clark County District Attorney’s office NOT file some kind of charges against monsters like this to keep them behind bars where they belong?

The number of such outrageous “catch and release” examples in Nevada is skyrocketing.  As such, Citizen Outreach has launched a new website to chronicle such incidents to bring public attention to this insanity and encourage judges and elected officials to put an end to it.

You can sign up for free updates and breaking news by going to: https://stopcatchandrelease.com