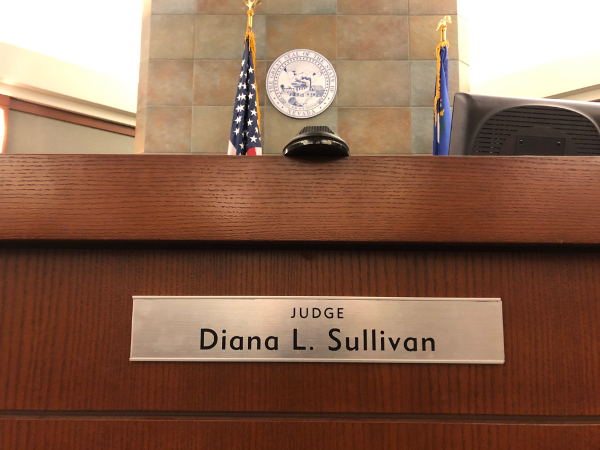 (Chuck Muth) – Bryan Hofmann of KTVN 2 News in Reno recently reported that “a big change in Nevada a few years back was the abolishment of the ‘standard bail’ system, which gave specific bail amounts for specific crimes.”

The complaint was that low-income criminals couldn’t afford bail and, therefore, were being discriminated against simply because they were poor.

Instead, judges are now using a formula – called a “risk assessment” tool – to evaluate whether or not an arrested criminal should be let back out on the street and under what conditions.  The criteria used includes whether the “defendant has a cell phone, is employed, or (has) any prior arrests.”

The purpose of requiring the accused to put up money in return for being released pending trial is to better assure the defendant shows up for his or her court date and doesn’t pose a danger to the community if caught and released.

It hasn’t worked out very well.

“Since the commission did that pretrial risk assessment tool and began to implement that in pilot programs, we did see an increase in failure to appear and re-offend,” said Washoe County District Attorney Chris Hicks.

But some soft-on-crime judges continue to give accused criminals, including violent ones, get-out-of-jail-free cards rather than require them to post bail.  Here’s just one example from Sunday’s Las Vegas Review-Journal…

George Kahaleua-Doctorello has been charged with murder in the May 2019 killing of a 43-year-old man outside a Las Vegas bar.  The attack was reportedly caught on a surveillance video.  However, the LVRJ reports that…

“Instead of setting bail, (Las Vegas Justice of the Peace Diana) Sullivan allowed Kahaleua-Doctorello to remain free on his own recognizance and continue with intensive supervision.  That means he must check in with the court at least once a week by phone, or a bench warrant would again be issued for his arrest, court records indicate.”

Now, I don’t know about you, but requiring an accused murderer to “check in with the court at least once a week by phone” doesn’t exactly strike me as “intensive supervision.”  You?

But Kahaleua-Doctorello couldn’t even do that.

After Judge Sullivan let him out of jail on September 24, he failed to check in.  So he was re-arrested and appeared before the same Judge Sullivan this past Monday.

Being accused of a violent crime and already failing to follow the terms of his release, prosecutors requested “substantial bail” before letting him go again.

That’s right.  Judge Sullivan let him out on his own recognizance AGAIN.

That makes Judge “Catch & Release” Sullivan as much a danger to the safety of the community as Kahaleua-Doctorello.

According to the LVRJ, Shanon Clowers-Sanborn has been “a deputy district attorney for roughly 15 years” and “has handled several high-profile prosecutions.” She’s also married to a Metro PD homicide detective.

This is a clear choice between a judge who likes to set criminals free and an opponent who’s spent a career putting them behind bars.

“Police unions on Long Island continue to urge the Democratic-controlled New York state Legislature to repeal new bail reform laws that they say are ‘soft on crime.’  The complaints came after a Bellport man with a criminal record killed himself last week trying to escape police custody.  William Farnum was arrested four times since July while on parole, but he was not returned to prison. Police chased Farnum to find him dead in his car with his throat slit. Then, they found the bodies of two relatives in his home.” – WSHU Public Radio, 10/14/20