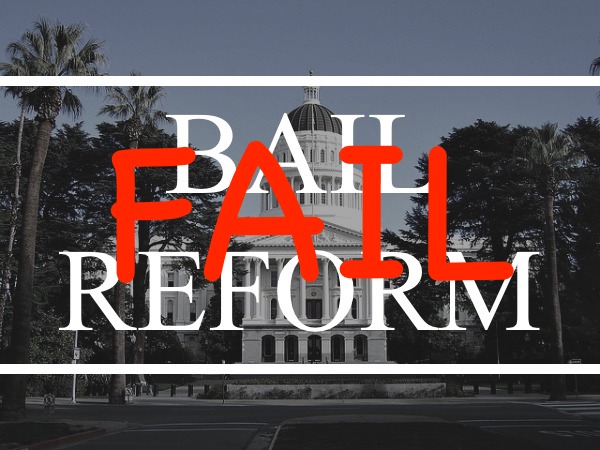 (Chuck Muth) – For those of you who haven’t had a personal run-in with the law, Mike Bebernes of Yahoo News helpfully explains what bail is…

“Bail is a payment made by people accused of a crime so they can be released from custody while awaiting trial. It’s designed as an incentive to compel the accused to return to court. If they appear at their future court date, the money is returned.”

Well, on January 1st New York began unilaterally and universally providing Get Out of Jail Free cards to just about everyone and anyone arrested for just about anything under the sun, including non-violent felonies.

The problem, however – as noted by Nicole Gelinas of the New York Post – is that…

Indeed, as CBS New York noted in a report, some of the “non-violent felonies” covered under the new law include…

And judges have no discretion.  They must release the accused criminal whether or not they think the perp is a flight risk or a danger to the community.  Catch ‘em and release ‘em.

“(W)ithout some security – cash deposits, bail, or jail – many thousands of these defendants will never show up for their day in court, and some will commit additional crimes once freed.”

And that’s pretty much what’s been happening.  Here’s just one example from an Associated Press story on February 8…

“Authorities say a New York man released under the state’s new bail reform law after he allegedly crashed into a police car while smoking crack has been arrested again.  Newsday reports Nassau County police charged Genri Palacios Acosta on Thursday after he went on a shoplifting spree and then carjacked an Uber driver.”

Here’s another from three weeks ago, courtesy of the New York Post…

“A career criminal nicknamed the ‘Brick Man’ by police…has been busted yet again – for yet another burglary.  Ex-con Anthony Manson, 50, was nabbed early Tuesday for burglarizing a construction site in Prospect-Lefferts Gardens, Brooklyn, according to sources.”

“Major crimes jumped in New York City in January, new data from the NYPD show, bucking the trend of decades of declining crime.  The new figures come as the city and state struggle with a controversial new bail reform law, which mandates the release of most nonviolent offenders before trial.”

Rep. Pete King (R-NY) is no fan of the new catch and release law and warns of its potential to spread, tweeting on February 8…

“NY ‘No Bail’ law is dangerous and indefensible. Now @BernieSanders wants to have NO Bail for entire country! How many innocent people have to be assaulted and murdered before progressives wise up?!?”

As liberals themselves are wont to say, one is too many.  New York needs to repeal this insane “no bail” law…pronto.  And everyone else around the country needs to think twice before going down this road.