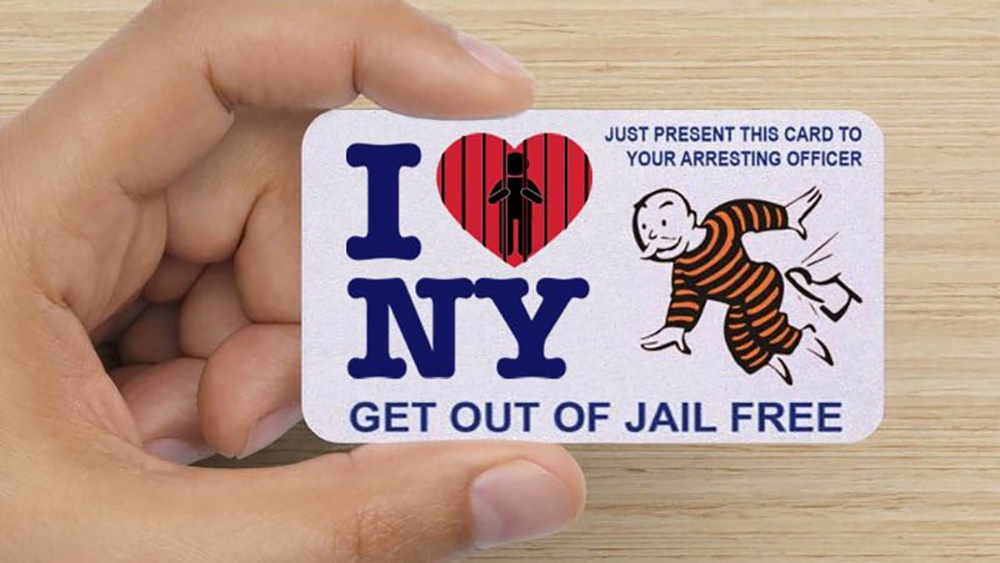 “Major crimes jumped in New York City in January, new data from the NYPD show, bucking the trend of decades of declining crime.”

Hmm, wonder if anything significant happened in January that might explain this?

“The new figures come as the city and state struggle with a controversial new bail reform law, which mandates the release of most nonviolent offenders before trial.”

“The state’s new law, which came into effect Jan. 1, prohibits the use of cash bail for offenders arrested for misdemeanors or nonviolent felonies. Instead, judges are obligated to release offenders pretrial on their own recognizance or with certain limited conditions. That translates into a free-to-go pass for 90 percent of arrests, the left-leaning Vera Institute of Justice concluded…”

From Rafael Mangual, a legal policy expert at the Manhattan Institute…

“While it’s too soon to say exactly what is driving the crime increase, or by how much, it’s almost certain that the state’s new bail reform is driving some part of it.  Both the sharpness of the uptick, and its timing, provide some hard-to-ignore circumstantial evidence of that being the case.”

I wonder how the public is responding to this?

“Forty-nine percent of New York state voters now call the law ‘bad,’ compared with 37 percent calling it ‘good.’  That’s almost the opposite of what the Siena College survey found last April, when 55 percent of respondents were in favor, while 38 percent were against.”

I guess no one could’ve seen this coming.

Other than, you know, anyone with an ounce of common sense.