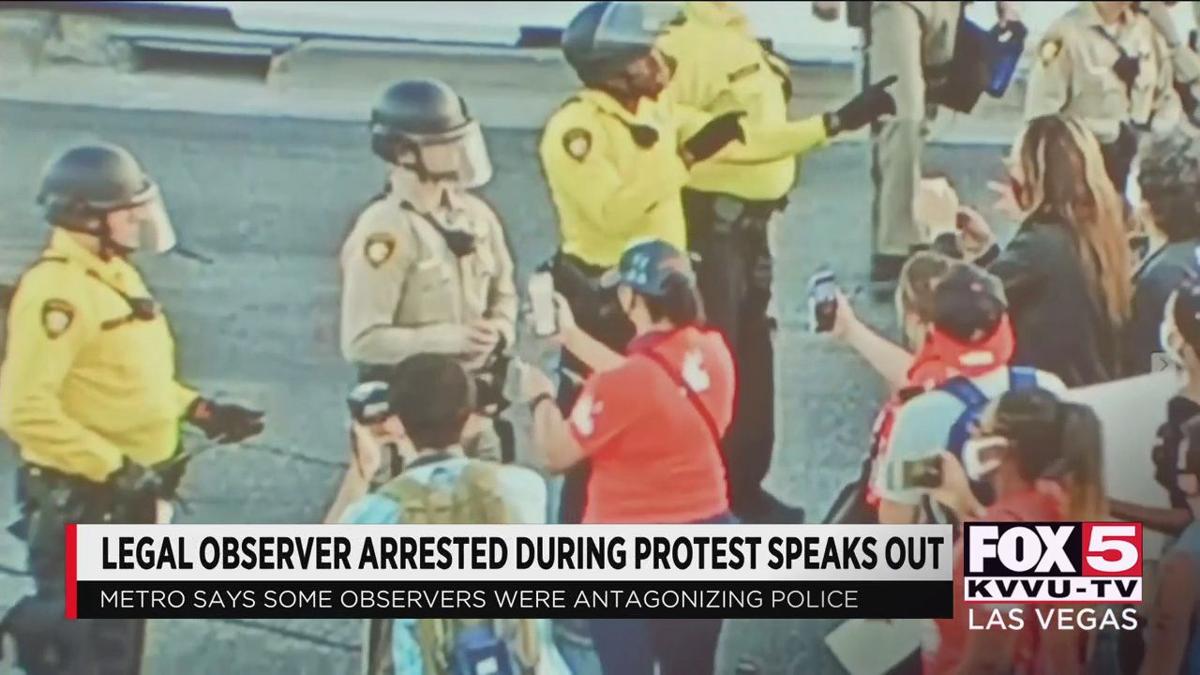 (Chuck Muth) – At a recent mob rally on the Strip in Las Vegas, Metro police officers arrested a half-dozen or so lawyers and law students who self-declared themselves “legal observers” and, like other agitators in the mob, refused to comply with a dispersal order.

In describing the arrests, Sheriff Joe Lombardo pointed out that the “legal observers” were “antagonizing and obstructing officers.”  Which, in my book, makes them “ILLEGAL observers.”

“Metro has taken the referees out of the game,” thundered public defender John Piro at a post-arrest dog-and-pony show.  “And they have called us agitators, and I am concerned with that language.”

Hey, if the shoe fits…

And can someone please show me where we, as a community, have bestowed “referee” status to these legal agitators?  Silly me.  I thought that was the role of our elected JUDGES.

Making matters worse for the “legal agitators,” Belinda Harris – another taxpayer-funded Clark County criminal defender – falsely accused police officers of throwing her to the ground and being “rough” with her.

As the Las Vegas Sun reported, video footage of the incident contradicted her allegations.

“Referee” Harris is about as fair, honest and unbiased as Lt. Frank Drebin was while umpiring that baseball game in The Naked Gun movie…

“After reading your reporting on the recent arrests of legal observers and journalists during the so-called ‘peaceful protests,’ I felt compelled to reread the Constitution to find the part where it says that journalists and legal observers are allowed to regard police commands to disperse as mere suggestions.

“Nope, not in there. Guess you’re not above the law after all.

“Kudos to the Metropolitan Police Department for a job well done under difficult circumstances, and shame on anyone who thinks the law doesn’t apply to them.”

Indeed, I’ve been unable to find, in statute or ordinance, any official designation or description of “legal observer” that grants them special rights and privileges not afforded to the general public.  They seem to have invented this lofty category of citizen out of whole cloth.

Amusingly, the busted “legal observers” kvetched about their special status being obvious because they were wearing red t-shirts; as if said t-shirts were akin to being adorned in a Superman cape.

And I’m sure no one else in the mob was wearing a red t-shirt.  I mean, where would anyone other than a “legal observer” find a red t-shirt?  Other than, you know, anywhere.

The “Red T-Shirt Defense” is even more absurd when we learn that the red t-shirt isn’t even universally recognized by fellow “legal observers,” let alone law enforcement.

In fact, a “legal observer” in Buffalo, New York – who was similarly arrested for participating in a mob rally on June 17 – complained that he was wearing “the electric green hat that identifies legal observers.”

Make up your minds, will ya.  Is the official uniform of “legal observers” a red t-shirt or an electric green hat?

Look, here’s some advice from a non-lawyer to “legal observers” – who enjoy no special rights and privileges in law – and wish to avoid arrest…

When police officers tell you to scram, scram.

“Last year, New York passed a law banning cash bail for misdemeanors and most nonviolent felonies.  But that one-size-fits-all policy has led to outrages, such as what happened earlier this month in Manhattan.

“A surveillance video showed a man shoving a 92-year-old woman in the head as she walked past him on the street. The woman stumbles before toppling over and hitting her head on a fire hydrant.

“It was a shocking attack, made worse after authorities identified the suspect. The 31-year-old male had been arrested 100 times. Since February, he was arrested three previous times for assaults. But, thanks to bail reform, he was back on the streets.”

Posted by Chuck Muth - March 31, 2020 0
(Chuck Muth) – A Twitter bot publishing under the handle of @UnconvictedNV posted the following last week… “Today there are…